Incidence of violence in the City 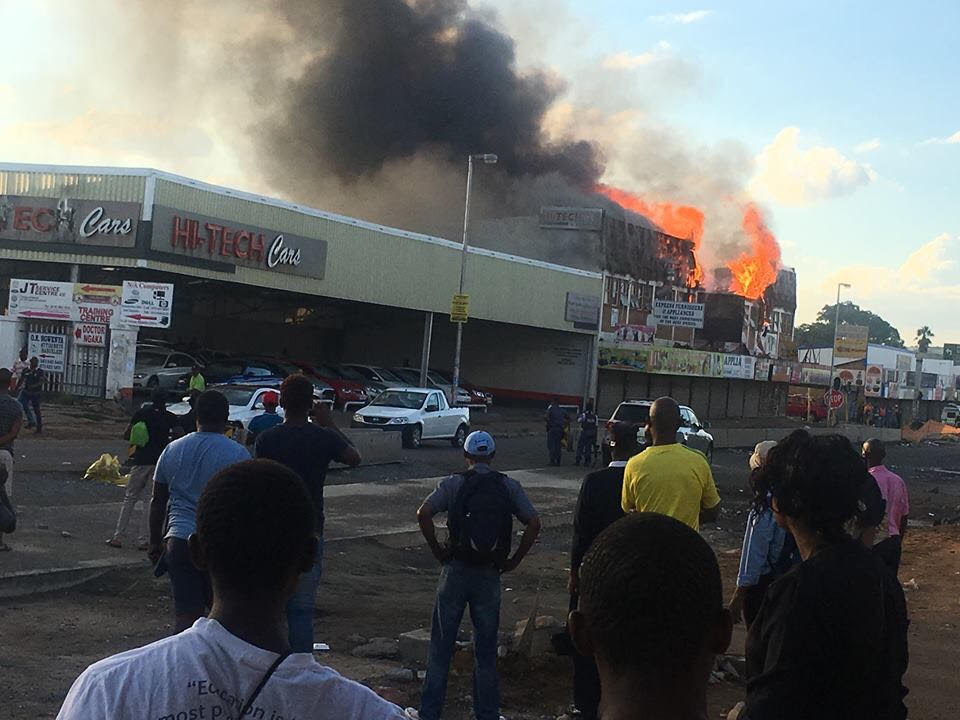 The Rustenburg Local Municipality is currently working together with police and community members to calm the city after numerous incidents of violence in some parts of the city. What seems to have sparked these incidents of violence is an allegation made by the community members that a certain police officer was caught earlier in the company of known drug dealers in possession of drugs at Rustenburg North.

During this campaign, of violence all the premises within the CBD known for drug trafficking, human trafficking and prostitution were set alight. To date, ten properties have been razed by the fire. Although the situation remains tense, some level of calmness has descended into the CBD.

Over the last three months, the Rustenburg Local Municipality, has intensified collaboration with other stakeholders in declaring war against drug trafficking, human trafficking and prostitution. Consequently, numerous drug houses and brothels have been closed. The last operation, was undertaken together with the hawks, and other law enforcement agencies on Friday the 5th January.

We will be intensifying our efforts, underpinned by more rigorous collaboration with all stakeholders to rid the city of the scourge of drug trafficking, as well as human trafficking.

We would like to emphasise that all these measures should not involve violence, as this could result criminal elements taking advantage of the situation.

In conclusion, we would like to once more to reiterate our stance, that there is no place for violence, as it can be counterproductive. We would like to urge all our residents to remain calm and not allow the situation to degenerate even further. More intensive patrols throughout the city will be undertaken by all law enforcement agencies.

Because of these developments, we would like to apologise to all commuters, for the inconvenience caused.