Message of condolence from the Executive Mayor 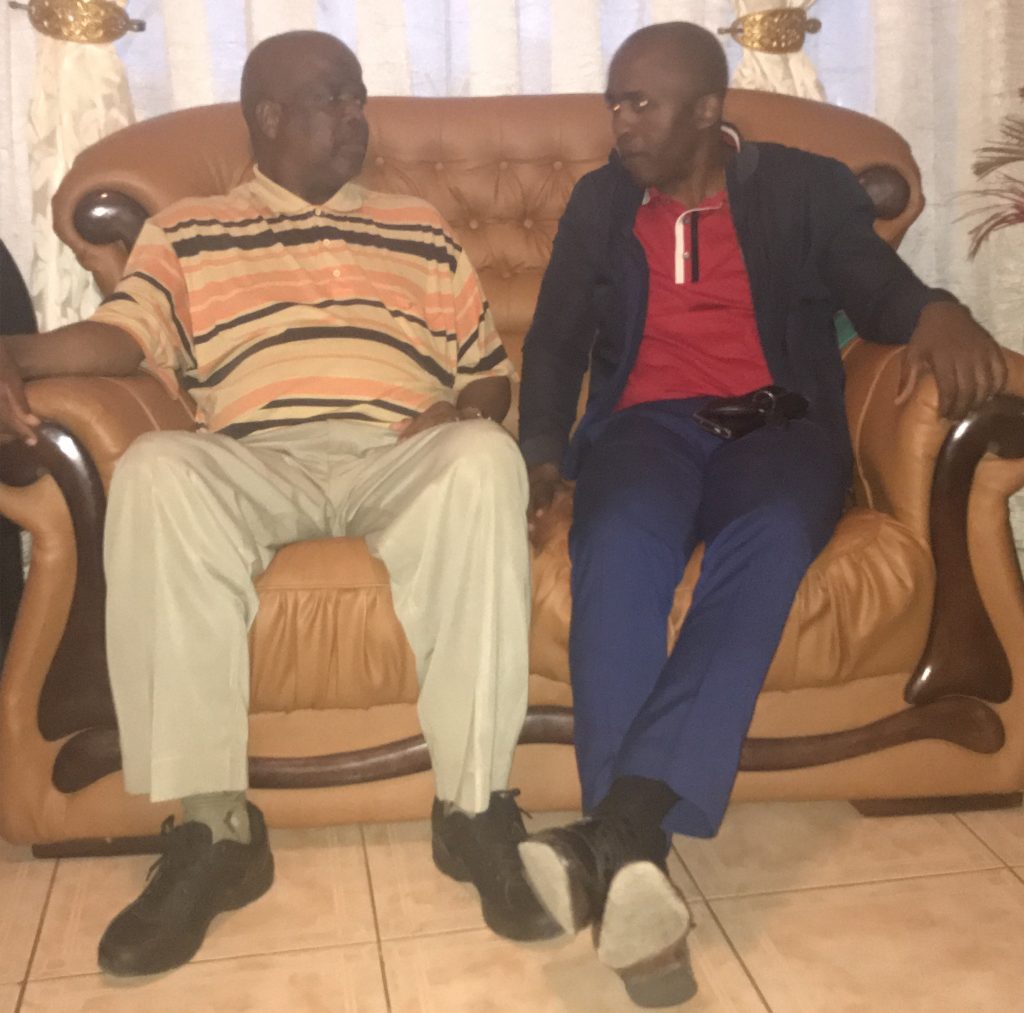 Message of condolence from the Executive Mayor

The Rustenburg Local Municipality has noted with great sadness the unfortunate passing of the two school children in Rustenburg who lost their lives in a tragic car accident on their way to school in the morning of Tuesday, 13th March 2018.

The Executive Mayor Cllr Mpho Khunou had on the afternoon of this sad day, accompanied by Ward Councillors, visited the bereaved families of the deceased to deliver the message of hope and comfort.

It is sad that, young as they were, they had just started their lives and were venturing into the bright promises and hope of life.

As God’s ways are not our ways, His will, will always take precedence over ours.

May fond memories of your children bring you comfort during this hard time in your life. Look back on all the good memories you were able to have and smile at the fact that you were able to share these before they passed away. Our hearts and prayers go out to you and your families.

We at the Rustenburg Local Municipality continue to encourage motorists and pedestrians to always obey the rules of the road and be patient with one another, so that we may contribute in the campaign to save lives and reduce road fatalities.

May their souls rest in peace.

The Rustenburg Local Municipality will be hosting a Gala Dinner in honour of the outstanding achievements by identified members of the South African Police Service (SAPA) and Public Safety Teams, following their commitment in fighting crime including drug and human trafficking in the City and surrounding areas, notwithstanding other key performance areas.

The theme is: “Maintaining clean, green, safe and healthy municipal environment for all”. 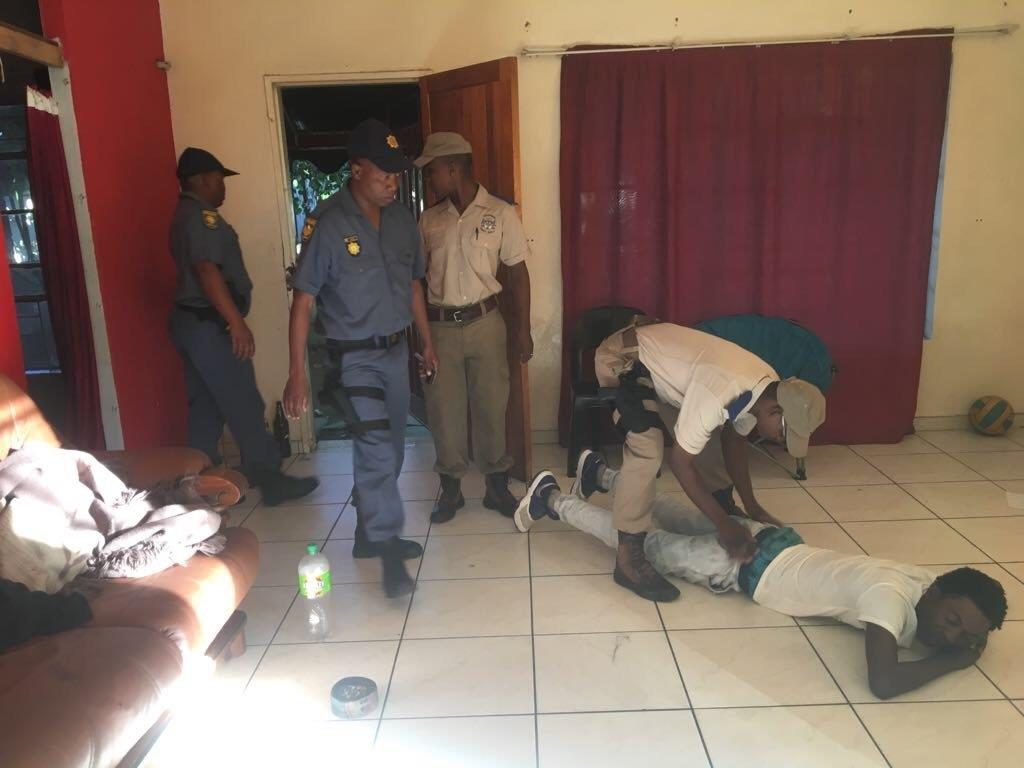 Successful operation on problematic brothels and drug houses within the CBD

During the operation, counterfeit cigarettes with an estimated street value of R30 000 which were seized at a house at Rustenburg North, found to be occupied by foreign nationals. It was also during this operations that two foreign nationals where found in the possession of drugs, and a female who was found to be involved in sexual activities with the two males. The suspects where apprehended. At the second house that was raided this morning, the house was found to be full of young females, where some were under the influence of drugs, and engaging in sexual activities at the same house, a foreign national male was apprehended for drug possession and led us to the drug lord who got a tip off and fled the scene.

The Executive Mayor, Cllr Mpho Khunou who was also part of the operation takes this opportunity to applaud the law enforcement agencies on the success of the operation and further encourage them not to leave any stone unturned in fighting all the criminal activities that are happening within our town and destroying our society. Furthermore, the Executive Mayor encourages all community members to join hands with all the law enforcement agencies in fighting crime. Together as a city, we can do more and achieve more and build a safe and clean city.

Issued by: Communications Unit
Office of the Executive Mayor

The first meeting of Rustenburg Local Council in 2018 took a number of important resolutions in line with our vision of becoming a World Class City. Key decisions taken during the meeting include, amongst others:

The Rustenburg Local Council considered a report to provide additional space to accommodate informal trading taking into consideration the safety, layout, and other geographical aspects of the areas identified. The additional areas were approved with the aim to encourage economic activity and reduce unemployment.

The municipal administration will follow all the necessary steps aimed at complying with town planning scheme to make these areas available for informal trading.

Households qualifying to receive government-subsidised decoders in the Free State and North West provinces have until the end of March 2018 to register for these devices.

The analogue signal will be permanently switched off in June 2019 and people will need decoders to watch television. Government has since last year been distributing free decoders to those families that cannot afford commercial devices. However, households that fail to register and receive these decoders will lose access to television services. Television viewing households who subscribe to pay-tv channels will face no signal disruptions as these services are already in the digital decoders that they have.

Families earning below R3200 qualify to receive the government-subsidised decoders. Qualifying households are therefore invited to register at their nearest Post Office. The registration deadline is 31st of March 2018 for the Free State and North West provinces.

We also encourage households that fall outside the qualifying criteria to get digitally-enabled TV sets and migrate with us! When buying a new TV set, ensure that it has a digital tuner.

Officials from the Department of Communications are currently visiting various municipality districts in the North West and Free State Province to register and install government subsidised decoders to qualifying households. This move is aimed at accelerating the installation of decoders with view of completing the installations to qualifying households in the both province.

The registration and installation teams will adopt a phased approach that will see them going through all the district municipalities in the province.

The department has also enlisted the support of provincial and local governments to encourage qualifying residents to register for these government-subsidised decoders.

The Department of Communications is working together with the South African Post Office to reach communities and to distribute the subsidised television decoders to qualifying households.